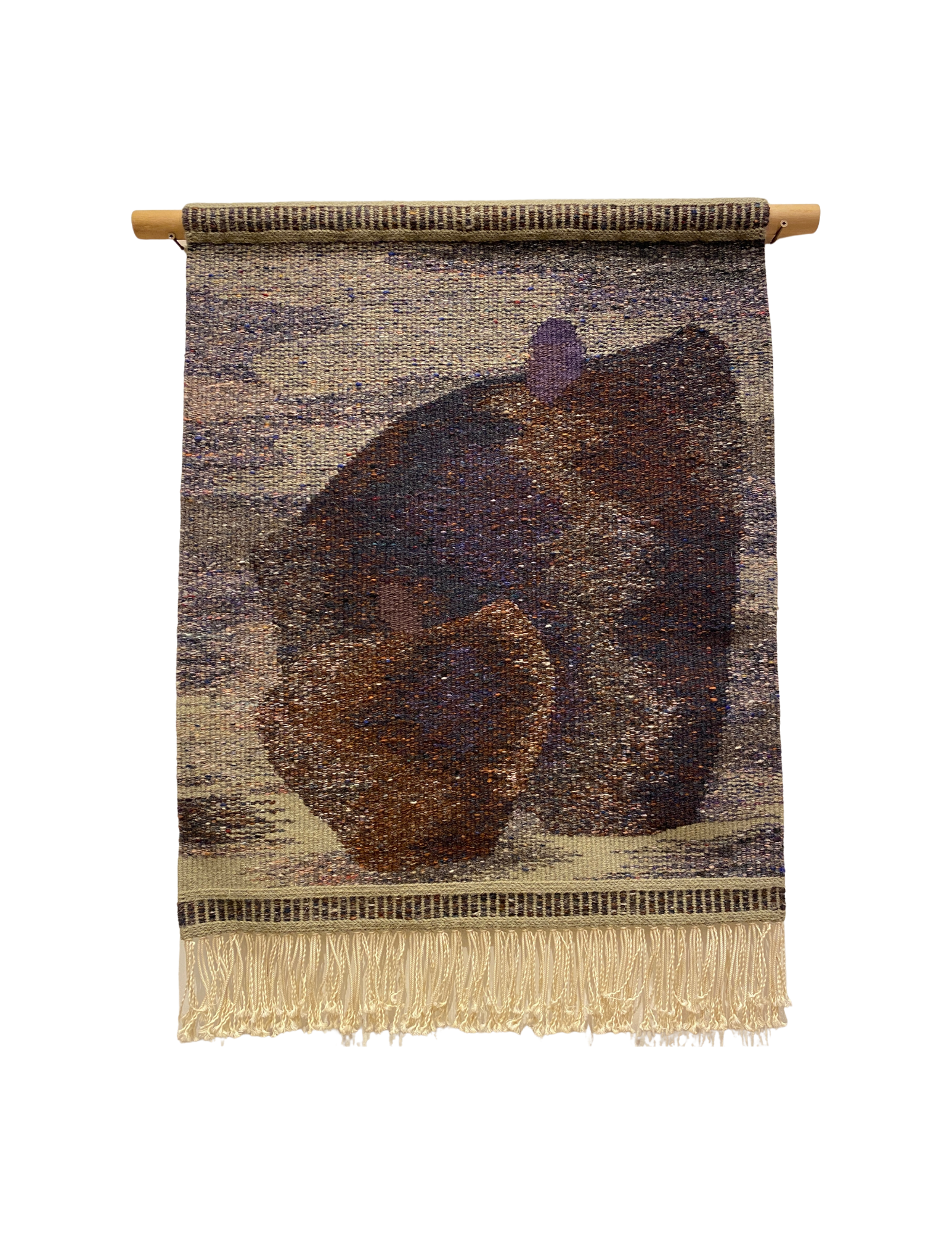 Aya Kasumi was born in Hiroshima, Japan. Aya received a degree of Home Economics at Hiroshima Jogakuin University in 1975. After three years learning of the Finnish weavings in Japan, she made a further study of the tapestries in Europe and Mexico between 1980 and 1984. She came back to Hiroshima to establish a study group of tapestries, “Atelier Kasumi Aya” in 1986.

The artist name of Aya Kasumi meanes “to weave mist” in which mist is her spirit. Aya aims to make her works to look like a three-dimensional world with weaving yarn twisting her spirit.

The titles of three pieces in a series of Rock and Water are “Spring,” “Summer,” and “Autumn.” The works reflect an aesthetic sense in each season of Japan emphasizing “Wabi-Sabi,” a quiet simplicity and subdued refinement.