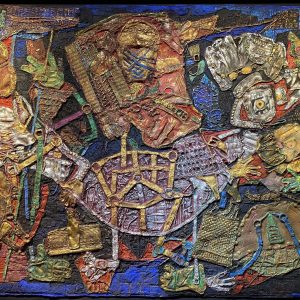 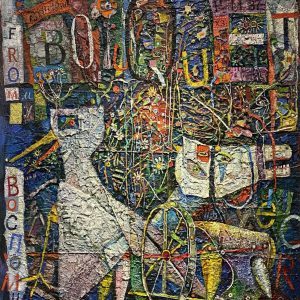 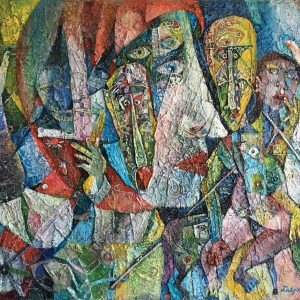 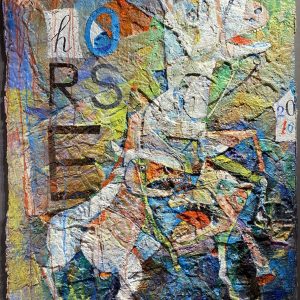 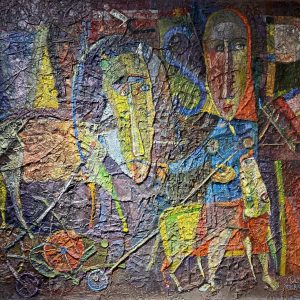 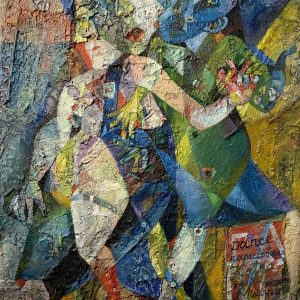 When Ekaterina Khromin arrived in the United States in 1990, the New World influenced her in ways she would have never expected before; finally she was free to express herself. She developed her artistic language as she tried to express herself in the way her feelings would lead her in a conversation with the viewer; not her former professional influence, which was developed in the school of Social Realism in Soviet Russia. This new language helped her to sing her song freely and without reservation. All of Eakterina’s paintings became about her life, reflecting her heritage as a Russian woman, the art that surrounded her in her past, her journey to a new country, and the experience of the contemporary modern art in America.

Ekaterina has developed a new, original perspective for her visual art called “Synergism, when the sum of the whole created system in the art image is greater than the meanings of its separate parts. By examining and dissecting different types of objects I am creating base-relief compositions, and employing a combination of traditional art methods such as drawing, sculpture, painting, and collage to bring unique works of art into being. In this case, by combining several conventional fine art mediums, I am creating new art objects with complexity of texture and chromatic harmony in some paintings/reliefs and a monochromatic approach in other works.”

Using everyday household items, Ekaterina is exploring their ambiguous meaning, creating an abstract relief on the canvas surface and destroying all recognizable and semantic meaning of the individual elements in a mosaic-like composition. She is producing a print of the object in the painting, while simultaneously infusing the painting with sculptural elements; eliminating the gap between painting, sculpture, and drawing. Traditional figurative forms are used only as a starting point for the creation of new art objects; a new harmony arises from discord and dissonance between different parts of the image.

Ekaterina graduated from the Russian Academy of Art with a Masters of Fine Arts. In addition to teaching, Ekaterina also worked as a children’s book illustrator at DETGIZ, Russia’s leading publisher of children’s books. After living in New York City for seven years, Ekaterina and her late husband, Victor moved to the Catskill region, enjoying almost Russian winters, snow, and beautiful views of the mountains.