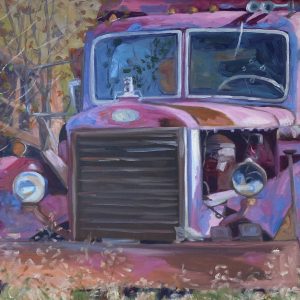 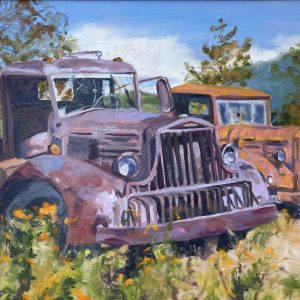 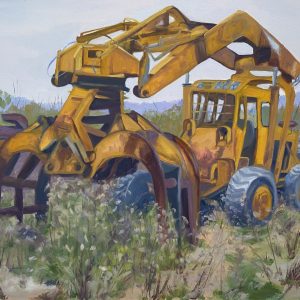 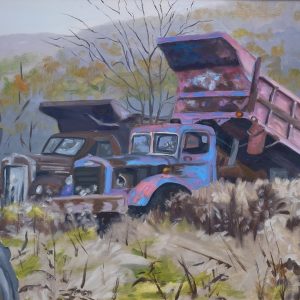 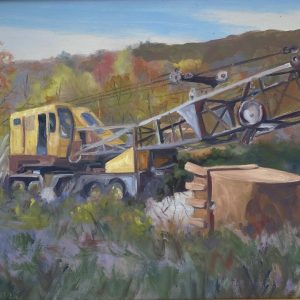 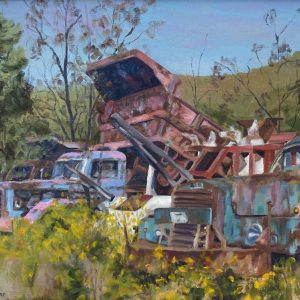 Joan Mentzinger’s interest in painting developed after high school. Born in Glen Head, NY, Joan worked as a cardiac technician at a Long Island hospital. This is where she discovered the magnificent body of work by John Singer Sargent and found herself intrigued by other painters such as John Carlson, Willard Metcalfe, Emile Gruppe and Paul Strisik. These artists were influential in her decision to study painting. Joan attended night classes in painting and studied with various artists for several years. Her mentor Joseph Occhipinti influenced how she looked at the essential qualities of what makes a fine painting.

After moving to the Berkshires, Joan had access to the subject matter she loved most: weathered old barns, fields that catch light of a fading afternoon sun, glistening lakes and streams, old trucks that tell of hard, honest work in the patina of age that has settled over them.

“My greatest interest and satisfaction lies in capturing on canvas the feeling of respect and love I have for the beauty of nature. I attempt to render qualities of light and atmosphere.”