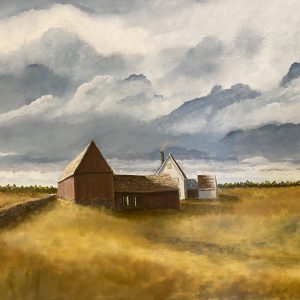 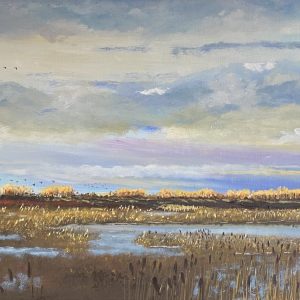 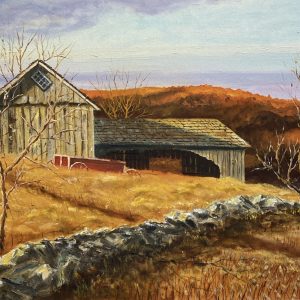 John Reinhardt was born in NYC and traveled throughout Vermont and nearby states growing up.  In the 1980’s, he settled on the N.Y. side of the Berkshires in Columbia County where he has lived ever since and has his studio. John studied art and painting techniques over the years with multiple instructors both of regional and national acclaim, including the late John Alderdice, Robert Lahm, and Sherrie Mcgraw. Each teacher brought a different mindset and techniques into the arena for him to use. John’s major influences over the years were Eric Sloan, Van Gogh, Monet, and Vermeer. According to John, “I believe it is the artists responsibility to capture the beauty around us and to enhance or accentuate it, in whatever medium one works in.” Each of his influencers did that in completely different ways, even though they were predominately realists.

John’s paintings are in private collections from Florida to Vermont. John was an “Elected Artist” in the Kent Art Association in Kent, CT and has won both 1st and 2nd place awards in a Massachusetts regional show. John mostly paints landscapes, often with old barns, and paints them as he imagines they would have been in the 1800’s, when, says John,” we were all more connected to our environment, each other, and the surrounding beauty.”