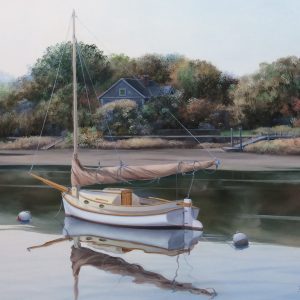 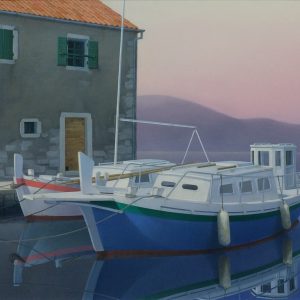 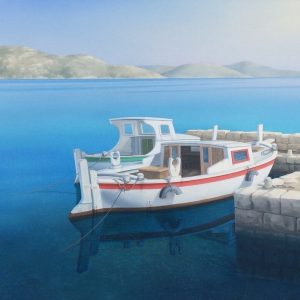 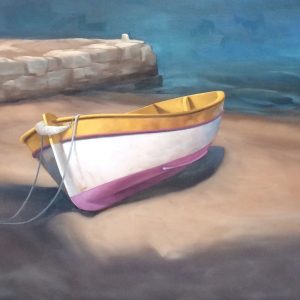 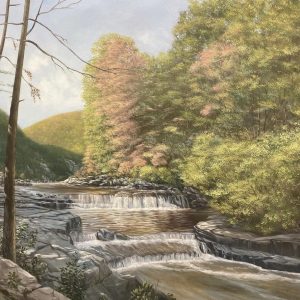 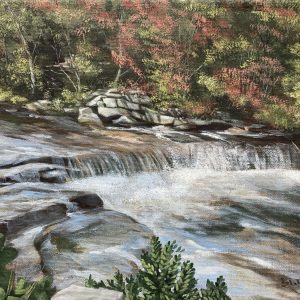 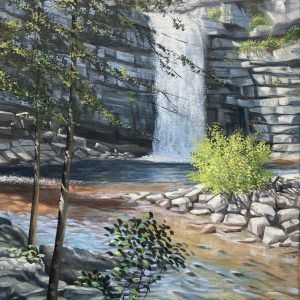 Rinaldo Skalamera was born in Croatia. As a young artist, he began to draw and paint the picturesque surroundings of his homeland. He later moved to the United States with his family and continued to draw inspiration from the old towns and fishing boats he remembers from Croatia. In 1975, Rinaldo entered a contest and was selected out of thousands of applicants, which earned him a full scholarship with the Art Instruction School of Minneapolis. After successfully completing his academic requirements, Skalamera began his professional career as a freelance illustrator.

He has drawn and painted everything from electronics to dogs and corporate executives. But it is his native homeland of Croatia which infuses him with a creative spirit few can equal. A master of realism, Skalamera’s paintings also communicate emotion. With symphonic precision he translates familiar subjects onto canvas with a unique perspective, orchestrated by the delicacy of his brush- strokes and the subtle hues of his palette.

Skalamera has refined his skills as an artist by attending the Fashion Institute of Technology, where he studied fashion illustration and fine arts, and later, at the Art Students League in New York. He is a permanent member of the American Society of Marine Artists. He has earned numerous awards and his works have published in Playbill, Quest, Chicago Social, Arts & Antiques, Worth Ave., Dan’s Papers, East Hampton Star, Town & Country, and many others. His paintings have been purchased by many private and corporate collectors in the United States, Croatia, and Italy.

Today, Rinaldo Skalamera is widely regarded to be among the world’s leading marine artists. His large-scale studio paintings create “Firsthand” experience for the viewer, putting them right on board of his meticulous painted boats. A sense of the dramatic moment combined with thorough research and attention to precise detail has found considerable appeal and sell quickly into private and corporate collection.