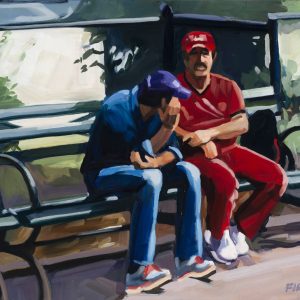 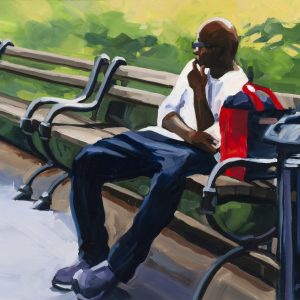 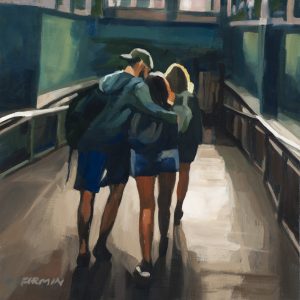 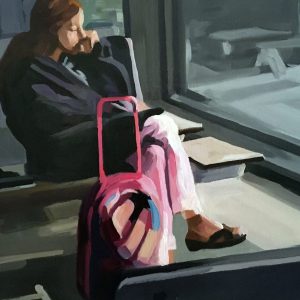 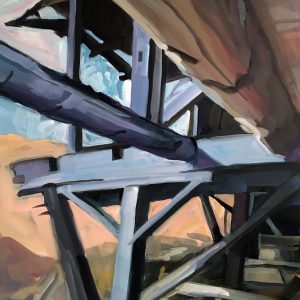 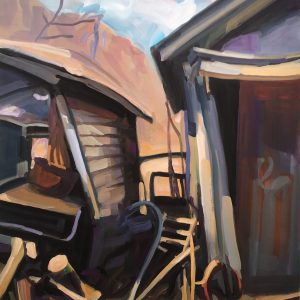 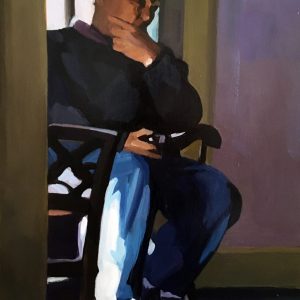 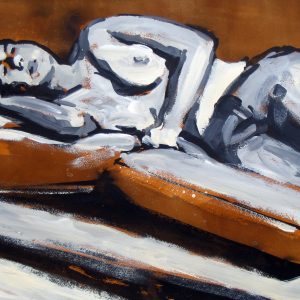 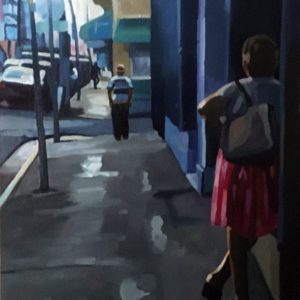 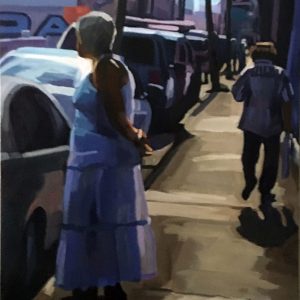 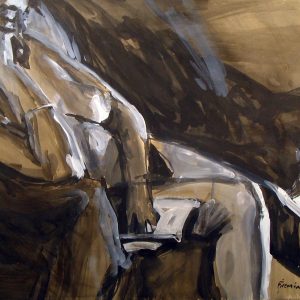 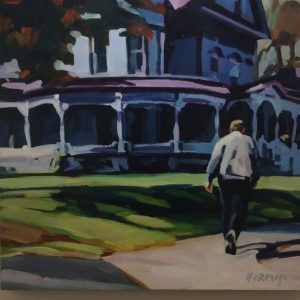 Lisbeth Firmin is a contemporary American realist whose paintings and monotypes explore the relationship between people and their urban environment, while simultaneously capturing the energy and light of a specific moment in time. Her urban landscapes, following in the tradition of earlier realists such as John Sloan, George Bellows, and Edward Hopper, depict a feeling of human solitude, of people headed somewhere undisclosed. She is not interested in producing a literal translation of her subject matter but aims instead to ride the line between abstraction and realism, letting the viewer provide the final interpretation.

Firmin has been painting since childhood, and studied independently with printmaker Seong Moy, and painters Philip Malicoat, Victor Candell, and Leo Manso in Provincetown in the early 70’s. Her art has expanded from early depictions of lonely highways done from solitary road trips, to painting the neighborhoods and street scenes surrounding her downtown New York City apartment, where she lived for more than 25 years. Firmin’s work evolved further after a move to upstate New York in 2000, as the figure, instead of the landscape, gradually became the focal point of her paintings. For the last four decades her work has been in hundreds of solo and group shows in this country and abroad.

Firmin has been the recipient of many grants and fellowships, and her paintings and prints are found in several public collections. Her work has been written about in The New York Times, Provincetown Arts, The Boston Globe, Constellation 617, Provincetown Arts, Arts Magazine, American Art Collector, and numerous other publications.

Firmin teaches painting/printmaking at the University of North Carolina School of the Arts, Winston Salem, NC and at the Truro Center for the Arts, Castle Hill, Cape Cod, MA.